The Life of a Thanksgiving Turkey: An Investment Fable

The Life of a Thanksgiving Turkey: An Investment Fable

From the perspective of a (free-range) turkey, life is pretty good. The farmer is there in his earliest memories. At first, the turkey is afraid of the farmer, but it quickly comes to like him. After all, from the time it is born, the farmer comes each day with corn and seed to eat. He lets the turkey out into the yard each morning and shepherds it back into the coop in the evening. He protects the turkey from predators.

Over the arc of the year, the turkey becomes fat and happy. He looks forward to the farmer’s visits. In fact, as each day passes, the turkey learns to trust the farmer more and more.

Then one day the farmer slaughters him and all his friends.

This story is paraphrased from a chapter in The Black Swan by Nassim Taleb. The lesson may be obvious, but Taleb really drives home the conclusion:

“Consider that the turkey’s experience may have, rather than no value, a negative value. It learned from observation, as we are all advised to do (hey, after all, this is what is believed to be the scientific method). Its confidence increased as the number of friendly feedings grew, and it felt increasingly safe even though the slaughter was more and more imminent. Consider that the feeling of safety reached its maximum when the risk was at the highest!”

So who are the turkeys in the current market? Consider that for the past 7 years, the world’s central banks have fed investors with a steady diet of nearly unlimited support for risky assets like global stocks, bonds, and real estate.  Markets have been buffeted time and again by a series of potentially serious crises – the European debt crisis, a mid-cycle global growth shock, Chinese debt/currency crisis, Brexit, etc. – yet each time central banks have stepped in to guarantee rising prices.

And what have investors learned? They’ve learned exactly what central banks wanted them to learn: that it pays to take risk. The more risk the better. Why settle with razor-thin yields on safe government debt when you can purchase high yield bonds or dividend stocks and earn twice or three times the income? Don’t worry, if a risk appears that might produce losses on these investments (they aren’t explicitly guaranteed after all), a central bank will appear and make the problems disappear.

The Merriam-Webster dictionary describes “moral hazard” as “the likelihood of investors to take greater risks because of the knowledge that losses incurred as a result of those risks will be covered by another (as a government)”. Investors today have been lured into a sense of security by central banks, who by their actions over the past 7 years have encouraged an extreme case of moral hazard. In fact, investors are currently pricing many large global asset classes as though central banks have eliminated all risk.

While this is an inherently dangerous situation for investors, the fact is it could go on for quite a while longer without meaningful negative consequences. And just like the Thanksgiving turkey, investors become more and more confident each time central banks step in to bail them out. This confidence has real consequences, as investors continue to pay higher and higher prices for assets on the assumption that there will be no consequence for taking reckless amounts of risk.

At this point in the cycle, virtually every investor everywhere is grinding their teeth. After all, global equities haven’t made any upward progress in almost two years. Only income investors, steadily clipping their coupons and receiving their dividends have any cause to celebrate. As a result, the draw toward income bearing investments is almost inescapable. Not a week goes by that we don’t speak to an investor who desperately wants to buy more dividend stocks, bank stocks, or higher-yielding real estate or mortgage instruments.

But each time we hear this plea, we revisit the fact that these investments are risky. What do we mean by risky? We mean that, despite the farmer’s central banks’ seemingly infinite benevolence over the past five years, a day will come when these investments are left to their own devices. Someday companies will be forced to pay their bills on time without government support, and many will find that they can’t. And when that day happens many investors in high dividend stocks and high yielding bonds will discover that their investments aren’t worth nearly what they paid for them. In fact, they may discover that they are worth a lot less. Consider the figure below, which shows the performance of Canadian bank stocks, dividend stocks, RIETs, and high-yield bonds the last time monetary authorities lost control of the financial system in 2008. “The Federal Reserve is not currently forecasting a recession.”

Note the date on the quote above (highlighted with a red vertical line on the chart). Just a few months later global markets entered the worst economic downturn in 80 years, and markets entered a truly epic crash. Canadian banks and REITs, and dividend stocks dropped over 50% from peak to trough in 2008. Even high-yield bonds – bonds! – dropped almost 30%. It just goes to show that even those who are charged with managing the financial system have no idea what’s about to happen just a few months down the road. 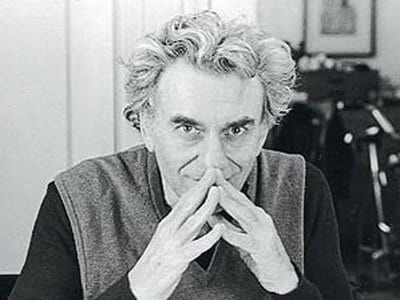 Stability leads to instability. The more stable things become and the longer things are stable, the more unstable they will be when the crisis hits.

Now, it’s possible that central planners can manage to navigate these stormy waters without a compass or a map. But it’s also possible that they make a mistake, or simply lose control of the process. After all, risk is risk.  It’s like energy – you can transform it, redirect it, even contain it for a time – but it cannot be destroyed. Rather, the longer central planners attempt to contain risk in the system, the more likely it is that they will lose all control when the next crisis inevitably hits. After all, if all it took to create lasting prosperity were endless central bank money-printing, why are we all working so hard?

The hard reality is that no one can predict how all of this will shake out. After all, who would have predicted, in the ashes of the technology wreck in 2003, that five years later housing prices would have tripled and oil would be trading at $100 a barrel? Who would have predicted after then Federal Reserve Chairman Alan Greenspan declared that market valuations were exhibiting “irrational exuberance” in late 1996, that the NASDAQ would go on to triple before peaking in 2000? Who knew in the depths of the European debt crisis in 2011 that five years later European government debt would be trading with negative yields, and U.S. stocks would have almost doubled?

The only certainty in markets – as in life – is change. That’s why we embrace investment methods based on the simple principles of observation and evolution. Did investors need a crystal ball to capitalize on the boom in oil, or the NASDAQ bubble, or the European debt crisis? Perhaps surprisingly, the answer is “NO”. Rather, it is enough to observe the behavior of markets and regularly adapt portfolios so that they consistently reflect markets’ best estimates of the future.

Well, it is usually enough. The trouble is that the last two years have been characterized by a generalized lack of conviction in either direction. The MSCI All-Cap World Equity Index is trading just 1% higher than it traded in September 2014. We interpret this sideways grind as a confession that nobody really understands how to deal with the multifaceted challenges represented by lower economic growth, record government debt, and market valuations that manage to look expensive (relative to history) and cheap (relative to bonds) at the same time.

Those investors who embrace traditional allocations to mostly domestic stocks and bonds are expressing unwavering faith in a centrally planned market. In contrast, ReSolve strategies express less faith in central planning, and greater faith that market forces will eventually prevail. In the meantime, we continue to employ methods that prioritize global diversification, with systematic exposure to rules that have rewarded investors for centuries.

However, and as mentioned above, risk cannot be destroyed, just transferred. ReSolve strategies transform the risk of infrequent catastrophic drawdowns – on the order of 30-50% – into the risk of more frequent manageable drawdowns of 5-10% or less. Sometimes these smaller drawdowns can last for many months. We certainly understand that these periods can be quite uncomfortable. After all, we are investors right alongside you. So in addition to feeling a deep sense of urgency to deliver returns to our clients that will enable them to meet their financial goals, we also feel drawdowns and a sustained lack of progress in our own pocketbooks.

It’s natural to worry, during more difficult periods with lack of progress, about whether the approach we’ve chosen is the right one. We are here to tell you, without guile or hubris, that our resolve is not shaken. But that’s because we have spent thousands of hours getting our hands dirty in the guts of the machine. We’ve lived millions of lifetimes in simulation examining the true fundamental distribution of possibilities in the future. We’ve examined the strengths and vulnerabilities of our methods alongside every conceivable alternative, across two hundred years of economic change, and found the alternatives wanting. We know what you need to achieve financial success, and we are confident that the methods we employ provide the best chance of achieving it.